I find it humerous when people come to my house or meet me in person and tell me how organized I am. They see the charts on my walls, my printable schedules and lists and it truly does give the impression that I am, indeed, organized.

But you see, the thing is, the reason I make and post all these charts is because I am so DISorganized and I need these things to help keep me focused and somewhat sane!

I am an avid follower and admirer of organizing and time management guru Rivka Caroline (author of From Frazzeled to Focused and www.sobeorganized.com/). She often says, in her lovely English accent,  'You need to make your life as boring as possible when it comes to setting up systems. So boring that you do not have to think.'

Lets translate that into my own life right now.

Its two and a half weeks until Rosh Hashana. Thats four entire Shabbos meals and about 54 meals to cook for my family. I have many other things going on in the next 2 weeks so the less I need to think about and plan, the better.

So today I sat down and made 3 menus: Rosh Hashana, Week day meals and Shabbos meals. I'm so happy to share them with you to give you ideas, inspiration or just the plain enjoyment in reading what we'll be eating for the next two and a half weeks and over the Holidays! 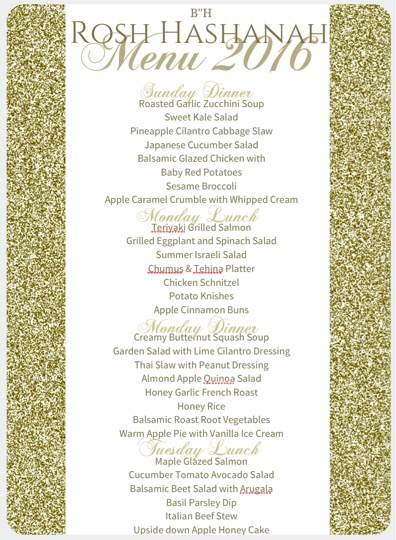 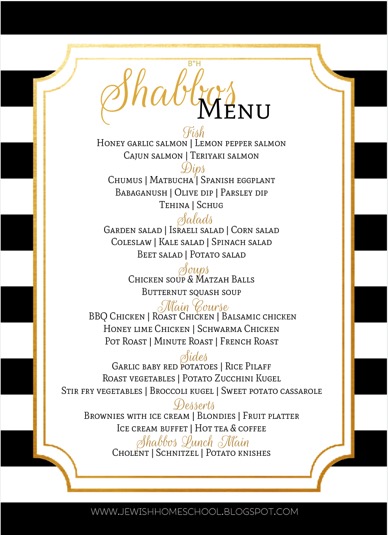 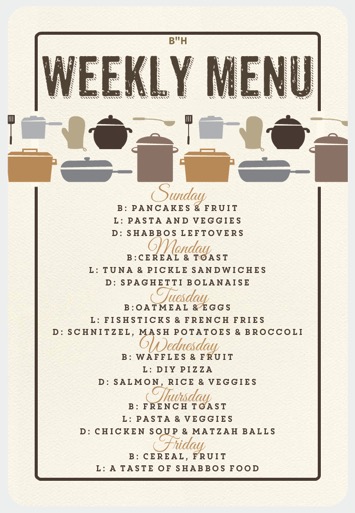 When your child has ODD

He has the most delicious toothless smile you have ever seen and the most infectious laugh you will ever hear. His nose is doused with freckles and he always has a band aid on at least one if not both of his knees. Everywhere we go, people tell me how cute he is and what a great personality he has. He's that kid. I'm sure most of you have at least one.

The thing is, this sweet boy of mine has some serious anger issues. Issues I figured were just a part of his passionate personality.

He has tantrums. Really bad tantrums. Tantrums that involve throwing things and ruining things, hurting anyone in his path and saying some really, really nasty things.

All my kids had their fair share of tantrums and meltdowns.

But none of them had this anger attached to it. They all would ultimately calm down and realize what they did.

Not with this little guy of mine.

He always seems to blame everyone around him. It is never his fault. He hit because... he yelled because... he always has a long drawn out reason (which always makes perfect sense, mind you) justifying his actions.

I keep telling myself he will 'grow out of it' but something just was not feeling right.

A week ago I sat down and googled 'angry child, tantrums, disrespectful, wont take responsibility for actions, disrupting family'

And I found the answer to everything.

ODD. Oppositional Defiance Disorder. Google it if you feel your child may have these qualities.

I don't like labels, but this label fits. And after a huge amount of research and professional advice, my husband and I have put a great plan into action that WORKS.

He is a new child.

I wanted to wait at least a week before blogging about this to see if the changes we implemented actually worked. And they did. And we will continue doing this until we don't need to anymore. And I truly hope that our experience and changes can help any of you that are dealing with a similar situation.


Dealing with a Child with ODD:
Step 1:
Kids with ODD need CLEAR and CONCISE rules, along with CLEAR and CONSISTENT consequences. We have family rules, but we reworded them and put them up in the kitchen. Although the rules are geared toward this specific child, we didn't want to single him out, so we made them 'Family Rules'. My husband and I had a meeting with the kids and we all read the rules together and put them up on the wall. (Below is the unedited version that I had on my computer, aside for grammar, the edited version is exactly the same) 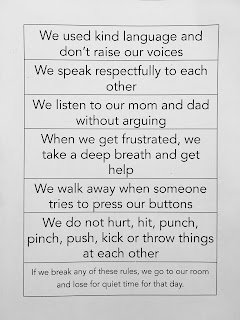 Step 2:
Help your child identify the things that set them off. It baffled my mind how one minute he was the perfect most adorable child and minutes later, a serious little monster, screaming and hitting and destroying things. It just made no sense. What was making him do these things?

So after some more research, I printed this paper and we went through it together. He checked off the things that he felt pressed his buttons.

Now that he was aware that when certain things happen, he is feeling triggered, he is able to say, 'Mommy/Daddy, my buttons are being pressed,' or 'I'm being triggered.'

We told him that any time he feels this way, don't react to what is triggering him, but walk away and come tell one of us, mom or dad, and we will help him deal with it right away.

It was almost like this little sweet guy breathed a sigh of relief. I wanted to cry. 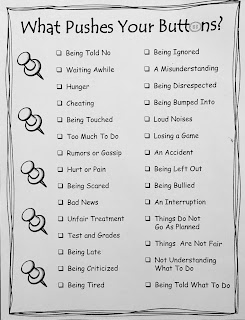 Step 3:
Kids with ODD don't WANT to be angry and out of control. They don't want to constantly argue and test us. But a child does not have the tools to change their behavior by themselves. We, as parents HAVE to step in and guide them in the most loving and gentle way we can.

So we made him his own daily checklist. Now that he is aware of the clearly marked rules, at the end of each day before he goes to sleep, we take out this sheet that I made for him. I laminated it and we keep it next to his bed. We use a dry erase marker and we told him that if he is able to put a smiley face in every single box, he gets to pick a prize. We told him he gets the opportunity to get a prize EVERY day if he can. 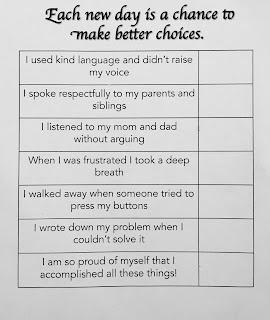 Step 4:
All kids, but especially kids with ODD, need constant positive reinforcement. Its not easy as a parent to be conscious all the time and to recognize seemingly normal behaviour in our kids when that is what they are 'supposed' to be doing.

But here are some things we have been telling our little guy as often as we can:
'Thank you for taking your plate to the sink, that's so helpful!'
'Your bedroom is so tidy, you must have worked really hard.'
'I really appreciate you telling me your sister was triggering you. Great job in not reacting and telling us right away, can I give you High Five?'
'Wow, I saw how you took a deep breath when you were starting to get upset. What a responsible thing to do, keep up the great work.'
'I see you are beginning to feel worked up, lets go sit outside for a few minutes and work it out.'

His eyes light up when we say these things.

It took a few days before he was able to get ALL smiley faces.
BUT- since implementing this new system he has not had a tantrum ONCE. He has not been disrespectful ONCE. He has not lost his temper in a week, which is HUGE.

Mind you, he has faught with his siblings and yelled and did things that most 7 year old boys do. He is far from the perfect child! But for HIM, to not completely lose his cool for one week straight is nothing short of miraculous.

So last night, after an entire day of being calm and dealing with issues as they came along, my sweet little guy was able to get an entire page of smileys.

I need to remind you that it is not easy for him to get a full page of smileys, and every day is a huge challenge for him to work through keeping calm and dealing with issues that come up. I know it will not be easy to get another full page. But I know how good he is feeling about himself. The prize is just an added bonus.

He was so excited to pick a prize.
We printed this from a website and are tweaking it a bit.
But it works. And he feels so good about himself and so in control of himself.
Something he has never been able to do.
Finally. 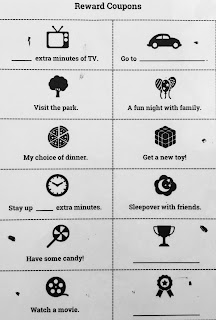 He picked the Trophy, by the way. I bought 8 5" Plastic Gold trophies on Amazon and gave him one with his name written on it. He proudly displays it on his shelf next to his bed.


So please, do your own research. And if you find that your child fits the description of having ODD, deal with it as soon as you can. It will save your life and most importantly, your childs life.

Good Luck, and have a wonderful week,

Danit
I'm a busy mom to a crew of awesome kids. Please enjoy all the free printables and activities, I've had such a great time making and doing them with my kids in our ever changing Homeschool journey~ I'd love to hear from you and all about yours, thanks for stopping by!

Thank You for your Support!

Type in the name of a Parshah, Holiday or any other subject and it will find it for u on this blog! 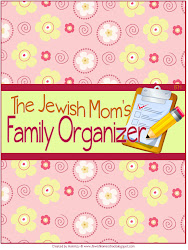 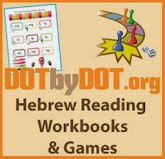 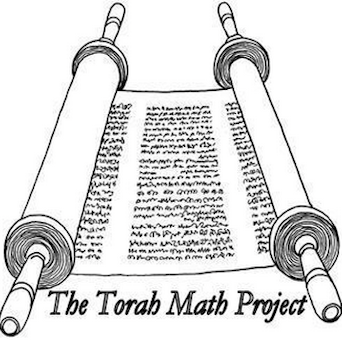 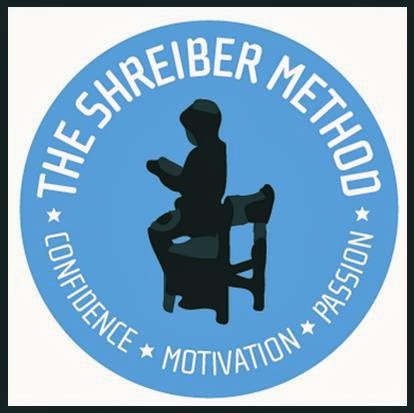 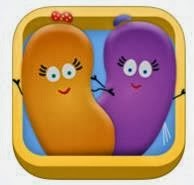 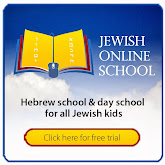 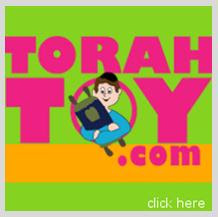 Some of our Favorite Jewish Books

Thank you all so much!!

Learn the Hebrew Letters of the Alef Bet through Sensory Activities!

If the Candles Could Speak- the Story of Chanukah